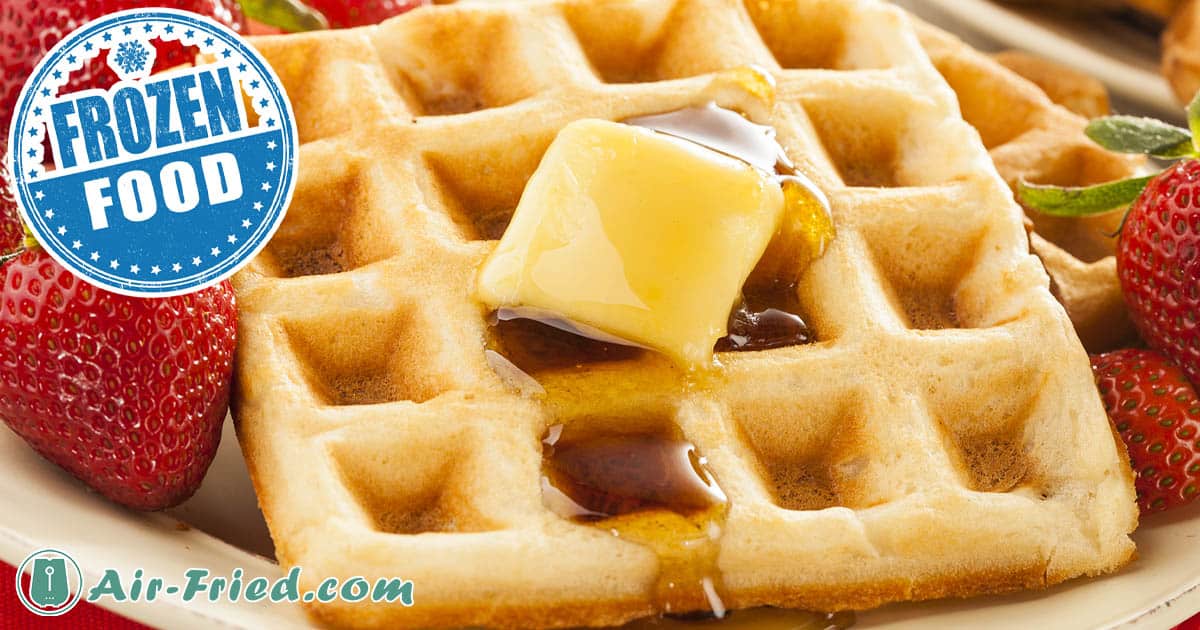 Frozen Waffles with Apple Butter in an Air Fryer Recipe

Making waffles from scratch is fun and delicious. However, this is a weekend project that requires more time than most of us have on a weekday. And, it involves a lot of cleanup. Having a waffle iron or contact grill with a waffle plate inserts is a must for homemade waffles. I don’t really mind when I have kids or guests to feed on a Sunday morning. The house smells pretty good.

I have come to appreciate the convenience of frozen waffles that I can pop in the toaster or the air fryer. They are ready in minutes and there are some really good brands available. Also, they are often less costly than making waffles from scratch. I have found that the air fryer more evenly cooks frozen waffles. Sometimes, my toaster oven gets the outside of the waffles brown while the inside is still cool or even frozen.

There are so many available options for frozen waffles. There are classic waffles made with a batter of all-purpose flower, eggs, and milk. Other options include whole wheat or multi-grain waffles, gluten-free waffles, vegan waffles without eggs or animal milk, chocolate waffles, and waffles with berries or chocolate chips inside.

My favorite way to serve toasty waffles is with butter and either maple syrup or fresh fruit, such as blueberries, sliced strawberries, or my grandmother’s canned peach slices. Of course, the kids like chocolate hazelnut spread or other nut butters.

It is getting colder outside and the freshest fruit I can find in autumn is apples. My local orchard makes apple butter that is incredibly rich and yummy when spread onto warm waffles. Alas, this artisanal treat is becoming costlier every season. One small jar can run from $6.00 to $12.00 and we can go through 2 jars in a weekend.

I have taken to making my own apple butter on my stovetop. You can also cook the apples in your slow cooker. I will either can this in sterilized jars or freeze it in batches. The canning method seems to preserve the butter and retain its flavor better than freezing.

I have included my easy recipe for homemade apple butter after the frozen waffle recipe.

You actually won’t be able to cook more frozen waffles in the air fryer than you can in a toaster, unless you have an air fryer that is designed like an oven with several racks. Two waffles in a single layer at a time is best, so that all surfaces get toasted evenly. Alternatively, slice the waffles into 4 wedges or squares and toast them as bite size pieces. Or, buy those cute little mini waffles. You will be able to fit more in at once by doing this.

Some recipes recommend placing the waffles into an air fryer that isn’t pre-heated. I don’t do that because I will cook in batches and want all the waffles to cook at the same rate. Pre-heating ensures that all the batches take the same amount of time to toast.

I recommend pre-heating the air fryer for 3 to 5 minutes at 360° F and cooking the waffles for approximately 6 minutes, flipping them at 3 minutes. Do this in a single layer. Serve them immediately while hot.

Remember that you don’t need to defrost the waffles. Nor do you need to spray them with any oil.

2. Place 2 frozen waffles in a single layer in the basket or on the crisper plate of the air fryer. Cook for 2 to 3 minutes. Turn over and continue to cook until toasted and warmed through, approximately 2 to 3 minutes longer.

3. Serve immediately with butter and syrup or apple butter.

4. Repeat 2 more times until all the waffles are cooked. 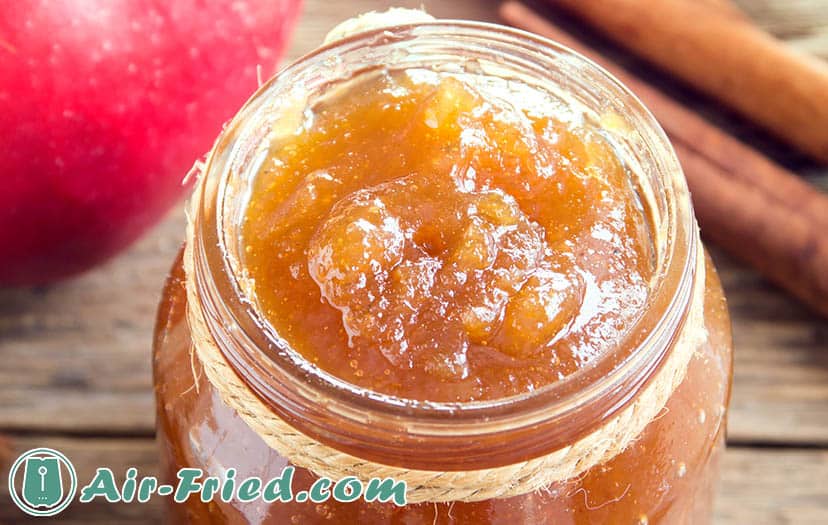 For this recipe, peeling the apples is optional, especially if you just don’t want to take the time. The peels will break down while cooking and when blended.

This is a stovetop recipe and requires a heavy bottomed pot, such as a Dutch oven with a lid. If you decide to do this in a slow cooker, cook for approximately 6 hours on the low setting.

The apples I like to use for this recipe are Gala, Fuji, or Cortland. Though, almost any apple will work. If you choose Granny Smith apples, add a little more sweetener.

1. In a large, heavy bottomed pot or Dutch oven, combine all of the ingredients over low heat. Cover and cook for approximately 2 hours, stirring occasionally to prevent scorching. You will want the apples to shrink and become soft.

2. Remove the pot from the heat and allow the apples to cool down for approximately 15 minutes. Once cooled, blend the fruit and seasonings with an immersion blender or a standard blender until smooth.

3. Return the blended apples to the pot and heat again over low until the mixture has reduced and thickened into a creamy, spreadable texture, approximately 30 to 45 minutes.

4. You can eat the butter warm on waffles or toast. You can also store it in air-tight containers in the refrigerator for one week. Freezing in sealable baggies is an option. Or, preserve the butter in sterilized jars in a hot water bath or pressure canner. This method will preserve the apple butter for months.